Sixty-five years ago today, I was born in a small town on the south coast of Wales. I make no claim to being Welsh, my parents were the children of Irish immigrants to England and I was only born in Wales because my father was serving in the Royal Navy and my heavily pregnant mother had followed him from Liverpool, the only home she’d ever known, to make the first home of their marriage in a tiny rented cottage in a fishing village near St. David’s. My mother always told me that the people there treated her well, even though she didn’t speak Welsh and, city-girl that she was, went into a local shop to try to buy the firewood that everyone else just collected from the local woods. When the time came, she gave birth to me in the local hospital, with her mother and her aunts hundreds of miles away. She never complained about it but it must have been hard for her to be in a strange community, alone much of the time.

My time in Wales was brief. When I was a few months old, my father and mother relocated to Malta.

So, here I am, sixty-five years later, and I’m delighted to find out something new (to me at least) about Wales and my birthday.

Today is Saint Dwynwen’s Day and it’s a day dedicated to love and lovers. It’s sometimes lazily labelled as ‘the Welsh St. Valentine’s Day’ but it’s actually a completely different, and distinctly Welsh, take on love.

Firstly, it’s centred on a woman, a princess of course, who was not treated well by the men in her life. Her father insisted she marry a man she didn’t love and the man she did love rejected her because she wouldn’t defy her father. So she ended up alone in the woods, running from the anger of the men in her life. Then an angel visited her and gave her a drink which would help her forget her lover. Only after she drank it did she find out that it had also turned him into a block of ice. This wasn’t what she wanted so the angel granted her three wishes. She spent the first one on freeing her lover from the ice, the second on asking God to grant happiness to lovers. Her final wish was that she herself should never marry.

She achieved the last wish by becoming a nun and founding a Church, the ruins of which still stand on Llanddwyn Island today.

I like that Dwynwen manages to bless lovers, refrain from revenge, escape the plans men had for her and find a happy ever after with no Prince Charming in it. What an icon for modern times.

Anyway, it has become the tradition for lovers to celebrate today, St. Dwynwen’s Day, by exchanging gifts. It’s a tradition that is growing stronger as more of the young people have started to learn Welsh.

I love the bi-lingual humour this produces, like this love heart: ‘Anyone can cuddle but only the Welsh can Cwtch’. There’s no literal English translation for Cwtch. It does mean cuddle. It can also mean safety and it can mean to clasp yourself. Take your pick. St. Dwynwen did.

It seems to me that part of the power of St. Dwynwen is that she’s a story not just a person. She’s one of those stories that we use to tell ourselves who we are. Sometimes, the story is simple,. like in this video:

But it also changes over time. For example, those who like romantic stories have changed the image of Saint Dwayne, shifting from traditional religious icon to modern historical romance heroine.

It seems to be part of Saint Dwynwen’s gift to grant people the image of her that they most need.

So, I wish ‘Dydd Santes Dwynwen Hapus – Happy Saint Dwynwen Day’ to all of you. 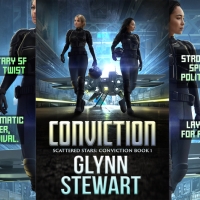