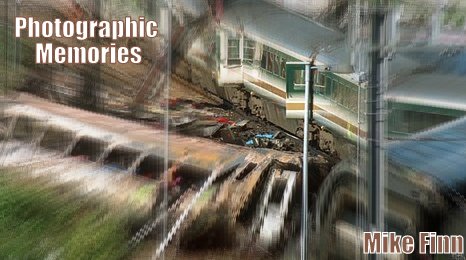 The camera never lies. It is we who… elaborate.

One sentence and he has their attention. By the end of the lecture, he will have their devotion—as he has mine. Poor Philip. So many devotees and so little idea of what to do with us.

He makes a fine figure at the front of the lecture hall, dressed in black, only the shocking white of his hair and the bright blue of his eyes daring to add colour to his sobriety.

When he faces his audience, each of us feels that we alone are at the centre of his gaze. We are pleased to be there.

His voice is rich and sensual. The serpent spoke to Eve with such a voice, I think.

Behind Philip, uncommented on and therefore powerful, a series of photographs flash on the screen. One shows a woman in tears beating her fists against a man’s chest. What a brute that man must be. Then the same image is shown set in a broader scene that reveals the funeral which has prompted the woman’s grief. The next shows two lovers in a passionate embrace, but the zoom reveals them as actors on a stage. Image after image draws us in and then casts us off.

In the coming weeks, you will learn how to see, so that you can lead the elaboration of others.

He is inviting them to be special, like him. Offering them the ever-vacant post of sorcerer’s apprentice. Some are leaning forward to drink him in. Others are eagerly writing down his apparently spontaneous words. Most of the class are women. All, except me, are under thirty. The few men in the room must already feel excluded or out-shone.

The images stop. The screen goes blank. We look expectantly at Philip, who stands centre stage in all our minds.

The art of photography is to use a lie to tell a truth.

He smiles. The smile says, I know. A disturbing idea too glibly put. But forgive me. We both know that humour and truth can be co-habitants for a mind quick enough to tell them apart. Smile. Show me you understand.

Almost everyone is smiling now. We are sharing the intimate wisdom of Philip Clarke, an artist who recognises us as being cut from the same cloth as himself.

I glance around the auditorium, trying to guess which women Philip will allow to worship him this term. Perhaps the one with the Pre-Raphaelite hair will be his Beatrice? Or the tiny Japanese girl? Or the tall slim one whose handsome face and upright bearing speak so clearly of strength? Or the wholesome blonde, who looks so much as I did when he first took me to his bed?

Philip continues to reel them in with his words and pictures, but I have slipped his hook for the moment. I stop listening and just watch him. We have been together for fifteen years now, Philip and I. In all that time what has he taught me to see, other than himself? What elaboration has he led except to weave me into his life so that I no longer exist separately from him? How often has he lied to me to be truthful to our marriage?

Unbidden, a pop song that Philip would wrinkle his nose at, slides into my mind and refuses to leave: “If you wanna know if he loves you so, it’s in his kiss.”

That was how he caught me the first time, with his kiss.

I was twenty-two, beautiful, invincible, and about to be swallowed whole. His hair was black then and his clothes were colourful. When he stopped me on campus, wearing his ever-present camera like a talisman, and asked me to pose for him, I laughed. An older man (thirty seemed so old then) asking to take my photograph? Next, he’d be inviting me home to look at his etchings.

I struck a lascivious pose and said, “Will you make me your Playmate of the month?”

“No,” he said, without a hint of humour, “I will make your beauty immortal.”

From another man the words would have sounded pretentious; Philip made them sound truthful.

I dropped my silly pose and said, “OK, how do you want me?”

At last, he smiled. It felt wonderful to see him smile.

Being photographed was hard work. Philip wanted only my face and he wanted it just so; with the light like this and the expression like that. He took photograph after photograph. The only sound was the camera shutter applauding his efforts.

The final pictures were taken from very close up. The lens seemed to be sniffing at me like a dog. When he lowered the camera and looked at me, I thought another adjustment of the lighting would follow and I stayed immobile. Then I realised that he was filming me with his eyes, engraving me on his memory. It was impossible to look away from him. He brought his face closer and closer and then he kissed me.

I had been kissed before, many times: flirtatious kisses, passionate kisses, eager kisses; but no one had ever kissed me like this. This kiss was a contract, a promise. It was a connection that couldn’t be broken; an indelible brand that changed who I was.

The sex that followed was an extension of his kiss. Philip stripped me and pinned me to the floor, entering me without asking, holding my arms out in a cruciform, letting me writhe and struggle but making his cock the pivot of my world.

My previous lovers had made gentle, attentive love to me. Philip fucked me.

Philip kissed away my tears and said, “Come with me to India.”

I walked away from Cambridge and my PhD to follow Philip. I was obsessed with him. I could see nothing but him. For ten years I travelled with him around the world, seeing what he saw, being his model, trying to be his muse. I was addicted to him, not just to the visceral thrill of the sex, but to his hunger for life and for me, his exhilaration at his own powers, and most of all, his optimism. We were lotus-eaters, drinking in the world like nectar.

Our dreamtime came to an end two years ago in October 1999. When Philip left me in the pre-dawn dark of that Autumn day, I was dewed with sweat, sated from his attentions, and all was well. The next time I saw him everything was broken.

Philip was on the Great Western train that crashed at Ladbrook Grove, killing thirty-two people. They found him wandering amongst the dead and dying, taking photograph after photograph. He was unhurt except for cuts and bruises. When they returned him to me later that day, I kissed him and held him, declaring him to be my Lazarus. He tolerated my embrace and then excused himself to go and develop his film.

I lost him over the next few weeks. He would shout in his sleep and then deny having had the nightmares I wanted to free him from. At first, he wouldn’t touch me, then, when we did fuck, the sex was laced with anger or blighted with semi-impotence. He started to sleep alone. For the first time since we’d met, my bed was empty.

Philip never talked about the crash. He locked the photographs of carnage away and stopped carrying his camera.

When he decided to take the post of artist in residence at the university, I hoped it meant he was recovering. In a way he was: he gave wonderful lectures and displayed his works with pride. He also started fucking his students. He knew I knew, but we never talked about it.

I wanted to ask him what he was getting from those young women that he didn’t get from me. I don’t think it was just that they were young and eager. Maybe it was the way they saw him. The same way that this new crop of students is seeing him today.

I try to extract Philip from his context—husband, lover, friend—and see him, just him. He is an older man, still charismatic, maybe a little vain, a little too carefully presented.  I watch him pace and gesture and I realise that there is no real interaction between him and his audience, no creative push. This is a rote performance, rehearsed spontaneity. This is no longer a man who drinks in the world, but one who shuts it out. His eyes look not outwards but inwards, and they look sad.

The camera is a machine for trapping time. Flypaper for moments of truth.

This part of Philip’s lecture is new. And there is something in his voice now. An echo of the man who said, “Follow me,” and kept me constantly in his wake.

Each photograph, Philip says, is a time capsule. A message in a bottle.

He is looking directly at me now and doing it so obviously that heads are turning towards me to see the object of his attention.

The message you send is up to you. It could be sex…

A picture of me, the first picture he ever took, appears behind him. Some students make the connection and look back at me.

It could be death…

A rapid sequence of pictures from the rail crash, all shown with merciful brevity.

Or it could be hope.

The last picture is of me. It has been taken very recently. I am asleep, alone in our big bed, hugging a pillow. I look every year of my age.

Everyone is looking at us now, their eyes going from Philip to me and back again. Philip is looking straight at me, apparently oblivious to the rest of the audience that he is addressing.

But remember one thing, it is not the message you send that counts, it is the message that is received. Photographs are like memories, they mean nothing unless they are shared.

The room bursts into applause. I try hard not to cry and don’t quite succeed. Philip stands still, waiting.

I walk down the steps of the auditorium to meet him. When I am close enough for only him to hear I hold out my hand and say, “Follow me.”