That was a tough book. Probably the best book in the Dresden Files.

Harry Dresden had no good choices left. He executed the woman he loved knowing that, through this act, he would destroy thousands of people  (fairly nasty vampires for the most part) in an instant.

He had good reasons. He saved good people. But all actions have consequences. I assumed, at the end of “Changes” that one of the consequences was no more Harry Dresden.

I should have remembered, long-term Stephen King fan that I am, that sometimes they come back.

Dresden came back as a literal shadow of his former self in “Ghost Story” and then all the way back in “Cold Days” when he transformed fully into “The Winter Knight”,  a role that he’d previously protected people from.

I started to dislike Dresden in those two books. I admired Jim Butcher for following through on the storyline and the character progression, not just of Dresden but of his friends and his enemies. Dresden’s actions in “Changes” had consequences for them all. That didn’t prevent me from both disliking the broken Harry Dresden I was being presented with and from mourning the Harry we all used to have: the wizard for hire. the monster killer, the White Council rebel, the man who always tried to do the right thing – which somehow always meant blowing a LOT of stuff up.

Like many of the people around him, I almost walked away from Harry Dresden at the end of “Cold Days”.

Then, eighteen months later, “Skin Game” came out and I decided to give it a try as an audiobook.

Dresden is back. Or at least, he’s moving in the right direction.

In “Skin Game” Jim Butcher gives us the traditional heroic quest but with a twist: he turns the quest into a heist and heroes into villains, with Harry working with them.

The quest format gives Harry some wonderful set-piece duels against various configurations of bad guys, all described with a vim and gusto that made me smile.

The plotting is truly Byzantine with constantly shifting perspectives on who the good guys are and what the bad guys want and how any of it is going to work out.

Woven into this, sometimes a little heavy-handedly (seriously – let’s have a discussion on whether Harry is a monster or not which he over-hears because no one notices that he’s no longer unconscious?) are discussions about who Harry has become and what his options are. The usual themes on the possibility of redemption, the need for hope, the opportunity for corruption and the reality of loss are all there. They’re also a little more grown-up and a lot darker than they used to be. At one point Dresden says something like: “I used to think I knew a lot about many things but then I got older and I realized that, most of the time, I haven’t got a clue about what’s going on.” Dresden isn’t a boy scout anymore.

The pace is fairly rapid, accelerating nicely towards the end without becoming hurried. The characters continue to develop in believable ways. The good may win a round or two but the fight doesn’t stop. And there are always those decisions to make. The ones with consequences attached.

This time, Harry makes some interesting ones: to start to forgive himself, to allow himself to spend time with his daughter,  to let his next steps be guided by hope for the future rather than a need to survive the present.

He’s still not the man he was, but I think there’s hope for him yet. I’ve rejoined Team Dresden. I’ll be there for The Dresden Files #16 whenever Jim Butcher feels ready to deliver it.

I’ll probably also stick the audiobook format. James Marsters does a great job of the narration. He gets Dresden^s dry humour perfectly and provides credible voices for all the characters. And hey, I now know how to say: “Forzare” and “Parkour”. True, it’s not knowledge I’ll ever get the chance to use in public but sometimes it’s the knowing that counts. 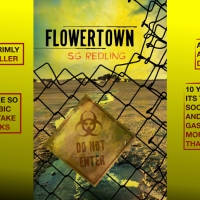 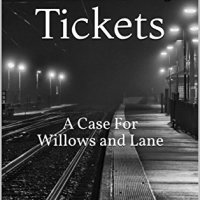