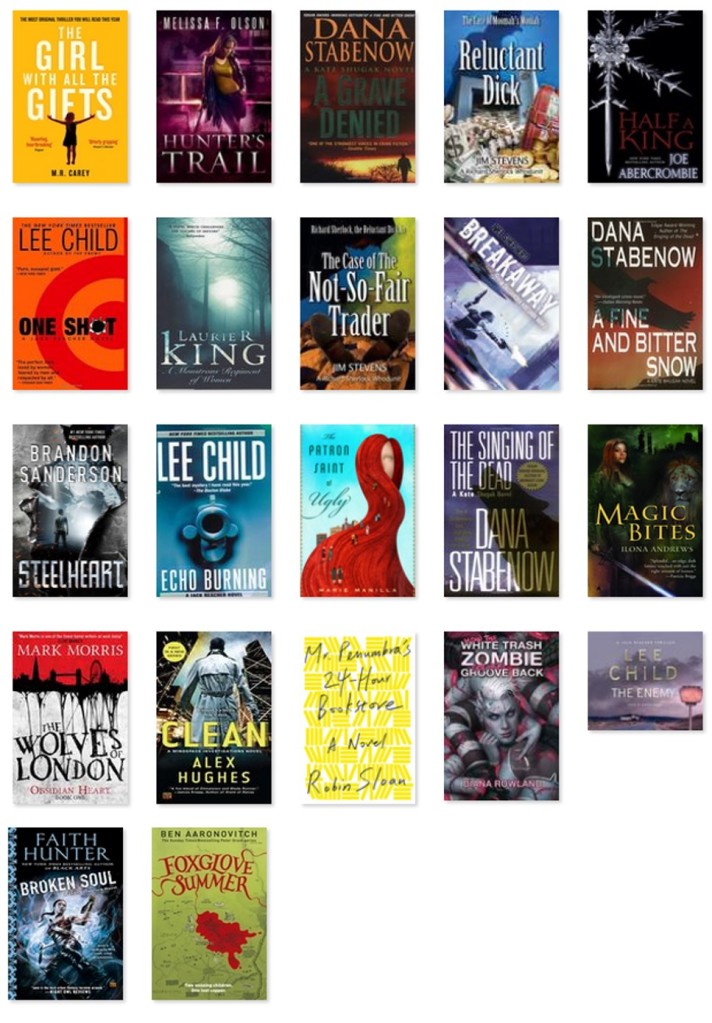 When men plan, the Gods laugh they say. My plan had been to slow down my reading this year and aim for forty books in the year. By the end of March, I’d read the twenty-two books you see above. What can I tell you, I’m an addict and I spend more time than I should traveling away from home. So, I’ve bowed to the inevitable and upped my reading target to 60 books, the same as last year. I don’t want the books to rush by in blur so I thought I’d take a view each quarter on the good, the new  and the disappointing. Here’s how the first three months of 2015 went for me.

Best Read of the Quarter

This has to go to “The Girl With All The Gifts” by M. R. Carey. It was on my “most anticipated reads” list entering the year and it still exceeded my expectations. A gripping read from the first page, it’s packed with challenging ideas, memorable characters and the writing is superb

Best New Find of the Quarter

I stumbled across Joe Abercrombie’s work for the first time this year and now I’m a fan. “Half A King” is a wonderful sword and sorcery fantasy, with a complex, closely woven, surprising plot, great world-building and a lyrical feel to the writing that lifts the book well above the average. I’m looking forward to the rest of the series

Best New Series of the Quarter

I came late to Ioana Andrew’s “Magic Bites” series. It’s one of the best urban fantasy series I’ve come across. I particularly liked Kate Daniels, the kick-ass, leather-clad, sword-wielding, does-not-play-well-with-others, heroine who has a problem with authority. She is saved from being a cliché by an awareness of how much of her own image is for show; a very human experience of fear and an acknowledgement that bravado such as making first contact with the feared were-cat leader of the shape-shifters by saying “Here kitty kitty…” while it may be witty, is also stupid and counter-productive. I’m on-board for the rest of the series now.

Biggest Disappointment of the Quarter 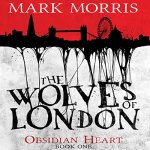 It’s not often that I put a book aside without finishing it, but I just couldn’t make it through “The Wolves of London” by Mark Morris. It had some original ideas, very graphic images of horror, sympathetic characters, a complex if rather slow-moving plot and a great narrator  but my ability to listen was extinguished by heavily over-written text.     Most of my reading pleasure comes from series that I’m in love with: Dana Stanebow’s  Kate Shugak meteing out justice in Alaska; Lee Child’s Jack Reacher roaming America killing bad guys who really, really deserve it; Faith Hunter’s Jane Yellowrock and Beast walking a political tight-rope amongst the vampires of New Orleans, and Diana Rowland’s Angel Crawford an ex-junking making a new life for herself as zombie. It’s my version of Netflix and I wouldn’t be without it.