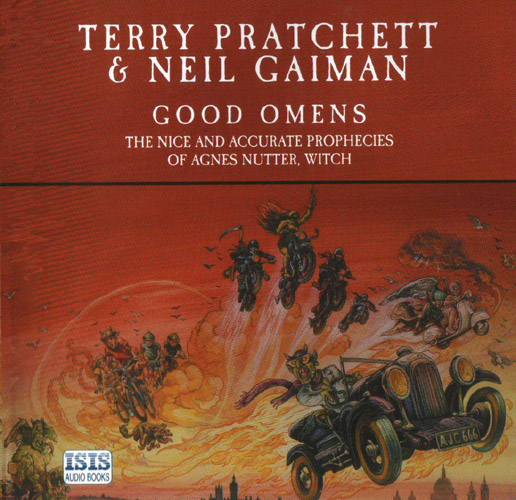 It was a novel, irreverent, mix of religion, fantasy and social commentary that made me laugh out loud.

I’d never read anything quite like it. It was Discworld come to England with its fists up and ready to confront the Christian myths I was raised with.

Twenty-five years and many, many more Terry Pratchett books later, I decided to take another look. It was still a fun read but…

…Pratchett writing with Gaiman is not a good as Pratchett writing alone
…there was a lack of the kindness and empathy that I find in Discworld.
…the humour sometimes verged on sneering and the joke about rape felt out of place
…Adam, the Anti-Christ, had too much of the smug and annoying  Just William about him. …It was one of those books that seemed to end multiple times until I WANTED it to stop.

“Good Omens” is entertaining and a good example of the thinking of the times but the main impression I was left with was how much better Terry Pratchett’s writing became after this.

6 thoughts on ““Good Omens” by Terry Pratchett and Neil Gaiman – not as much fun as it was twenty-five years ago.”