When I went to see “Indiana Jone and the Last Crusade”, back in 1989 and heard Indy spit out the words “Nazis. I hate these guys.” the Nazis had almost become figures of fun, caricatures of themselves, still hateful but not a threat.They were locked firmly in our past, to be puzzled over as an anomaly, reviled as a source of evil but never to be encountered again.

Twenty-eight years later, things have changed. If I ever wondered how Germany sleep-walked from being a Western Democracy into being a Totalitarian state, led by a man prone to rant and rage, call the press liars, attack judges and pour down abuse on minorities, I have only to look across the Atlantic at Trump’s America to see how it happens. Nazis are no longer safely in our past. They’re here among us and their power and their confidence is growing.

I’ve just started reading Robert Harris’ latest novel, “Munich”. A few days before, I watched the idiot Trump smugly tell the world that we are in “the calm before the storm”, grinning as he hinted at a military action that could tumble us all into a nuclear war. I found myself thinking, “He’s surrounded by Generals. Doesn’t one of them have the courage to stop this man, who is such a threat to humanity? One bullet would do it.”

“Munich”, explores that thought and the emotion behind it, only substituting Hitler in 1938 for Trump in 2017. I’m looking forward to seeing what he does with it. I hope the generals keep Trump away from the nuclear codes for long enough for me to finish it.

3 thoughts on ““Nazis. I hate these guys”. It’s not amusing any more” 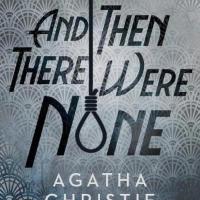