Over the past three years, it has become clear to me that England has a problem that threatens its peace, its prosperity and its identity.

The threat comes from a generation of men who dream of empire, have no understanding of global commerce and yet are boundlessly confident of their own abilities. Their unassailable sense of entitlement, combined with their lack of real world experience creates a misguided but firm belief in their right to lead and our willingness to follow.

The collective noun for these people is Etonians.

It seems to me that evidence suggests that this institution has become a place that enables the radicalisation of English youth.

In the spirit of that great Anglo-Irish statesman, Jonathan Swift, I offer below my own modest proposal for dealing with the Eton Problem. 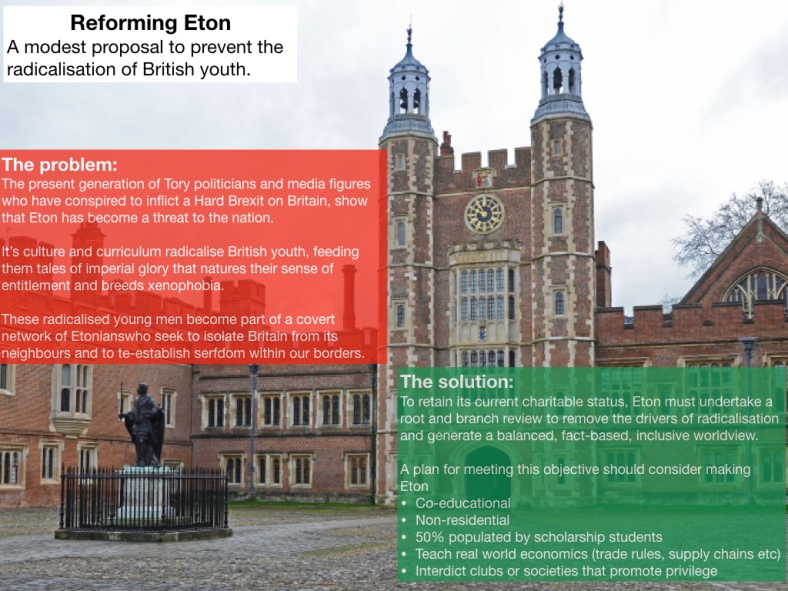