I made an error and dodged this book when it was first being promoted. I’d assumed that any humorous book in which the hero is a neuroatypical man would source its laughter at his expense. I should have had more faith.

What Graeme Simsion has managed to achieve is a perfectly formed RomCom which works because the hero isneuroatypical. He, like any other romantic hero, has obstacles to overcome, some of which he creates for himself and some of which are created by the people around him, and we hold our breath to see if he can win through. We cheer for him for being himself. We want him to succeed without having to change anything essential about himself.

Don Tillman, our hero a tenured associate professor of genetics at an Australian university. He understands that his brain is wired differently from most other people’s and that, while this gives him many strengths that other people don’t have, strong powers of concentration, an excellent memory, the ability to maintain a rational distance when solving problems and an aptitude for being disciplined and organised, his lack of social skills are likely to make it harder for him to find a life partner.

He decides to solve the problem by starting “The Wife Project”, a questionnaire-based search for his perfect match. When he meets Rosie, a self-evidently poor match for his search criteria, he gets involved in “The Father Project”, helping her to identify her biological father.

“The Father Project” leads Don into many activities he would not normally have considered, some of them illegal and all of them in Rosie’s company.

The plot is beautifully structured as a RomCom quest. It has a number of surprising twists and while I wanted Don to succeed, I was kept guessing about if or how this would be possible.

The writing is light but deft. Seeing the world through Don Tillman’s eyes is a revelation. While there are some very funny scenes, the main tone of the book is compassionate and hopeful.

I stayed up late because I had to know how things worked out. It was worth the loss of sleep.

I’m glad to see that there are more Don Tillman books. I need to spend more time in Don Tillman’s company.

I recommend the audiobook version, brilliantly narrated by Dan O’Grady. Click on the SoundCloud link below to hear a sample. 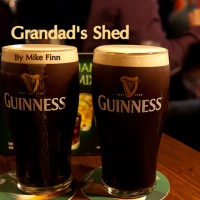