I’ve been thinking about grief.

Yes, I know, the sun is shining, spring is here, I should be thinking happy thoughts but grief isn’t restricted to Keat’s ‘season of mists and mellow fruitfulness’. Grief bleaches the colour from the brightest day. like the action of the sun on a Polaroid photograph.

Besides, this is a plague Spring, death is literally in the air, with grief following behind like a dog on a leash.

It seems to me that most things I read about grief don’t match my experience of it. I’ve never found grief to be something that I ‘process’. Nor does it have a beginning, a middle and an end. Grief is an ambush predator that is always waiting for another bite. When grief takes me in its jaws and shakes me, I have no power, no control, no option but to wait for it to stop.

As my government fails us, with their ‘how hard can it be?’ mindset, powered by a blend of ignorance, arrogance and entitlement that is the imprimatur of an Eton education, and thousands die avoidable deaths, I can hear grief stalking me.

So I went looking for poems that describe a grief I recognise rather than the Disney version so many of them seem to sell. I found ‘The Woodspurge’ by Dante Gabriel Rossetti. Here’s the experience of grief that he describes.

The Woodspurge by Dante Gabriel Rossetti

The ‘I had walked on at the wind’s will’ statement at the start of the poem perfectly demonstrates how the first shock of grief takes away our agency, leaving us with no will to act on.

Then, in the lull that follows shock, come the moments of undirected heightened awareness, when your mind becomes a camera, focusing intently on whatever is before you.

When I first read that the poet’s focal point was the woodspurge, I was waiting for a didactic message, perhaps a reference to the Holy Trinity as an symbol of the mysterious nature of the numinous or perhaps a thought about purging the soul of the stain of sadness with the grace of God. Either would have fit into the Victorian values of the day.

But Rossetti was not a conventional Victorian and it seems to me that his message is that we do not learn from grief, we endure it. When he says:

it seems to me he is acknowledging that grief does not offer us abstractions or moral lessons. It leaves us no room for anything but itself and so when he says:

I see no symbolism, no mystic message, but rather a recognition that grief strips us of abstraction and leave us only with what is.

That has been my experience of it. I don’t think grief makes you stronger. I think grief is like snapping a femur. If you heal well, you get the use of your leg back but it will never be as strong and you will never have the same confidence in it. If it heals badly, then you will limp through life, with every step reminding you of what you’ve lost. 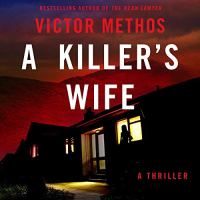