From the first page to the last, this tale of the life of mid-nineteenth-century British whalers is unremittingly brutal but it also feels authentic.

It starts in Hull in 1859. The port is shown as a sort of infection point where poverty and desperation meet with broken brutalised men with money in their pockets and nothing in their heads but a hunger for whiskey and sex.

We follow the monstrous Henry Drax, a harpooner about to ship out on a whaling ship for the season, as he takes a last opportunity to indulge his appetites, which in his case include murder and child rape. The desriptions of the filthy conditions, the wretched people and the merciless, joyless, compulsive violence are graphic, detailed and unemotional. This sets the tone for the rest of the book.

The ship Drax is shipping out to the Arctic Circle on has a new surgeon, Patrick Sumner, an Irishman recently cashiered from the army following an incident during the siege of Dehli. For him, whaling is an act of desperation, almost an admission of defeat and it seems that he intends to spend the voyage losing himself to laudanum as often as possible. Unfortunately for him, Drax is on board and the ship’s captain has plans that involve a fraud that will put everyone at risk.

The historical detail is all there and no punches are pulled. Sealing and whaling are shown for the dangerous, brutal, dehumanising slaughter that they were. If Melville had written with this kind of accuracy, ‘Moby Dick’ would be off the curriculum.

A persistent theme of the book is that of men trying to buy some security or advancement for themselves by their actions either in India or the North Water as if the things they do there will be measured only by their outcomes, not by their morality. It treats anywhere outside of England as a sort of morality-free zone. If their actions make them rich then their propriety will go unquestioned. It produces a culture of avarice, distrust, and violence, underwritten by the complicity assent of an unassailable ruling class that takes a percentage and regards the squalid actions of their inferiors in the same spirit that they would watch a cockfight.

I found ‘The North Water’ to be a tough read. It was powerfully written and immersive but what I was being immersed in was unfailingly unpleasant. The people are mostly barbarians. The environment is lethal. The main character is slowly slipping into a dark pool of bad luck that will drown him. By the mid-way point in the book it seemed that everyone was likely to die and that, by the time it happened, it might well have been a relief to everyone involved.

Drax is monstrous but straightforward, an impulse-driven, conscience-free predator who never gives up. Sumner is broken by betrayal and self-abuse but still clings to survival. The rest of the crew are either barbarous or corrupt or both and the Arctic itself seems to want them dead.

As I read Sumners progress from one set of intolerable circumstances to another, at the back of my mind, I kept asking not just ‘why read this?’ but ‘why write this?’ The author is talented and knowledgable so what drew him to this tale of brutality and failure? By the end of the book, it seemed to me that he had written this because he sees it to be the true nature of the men who built the British Empire. The more I think about that, the more I agree with him.

I recommend the audiobook. John Keating’s narration is close to perfect and kept me moving through the book. Click on the SoundCloud link below to hear a sample.

2 thoughts on “‘The North Water’ by Ian McGuire – nasty, brutish and long” 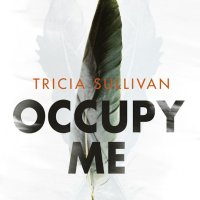