This week, I find myself falling behind on Halloween Bingo and in desperate need of something upbeat to distract me from the incompetence and corruption of the midget minds governing my country so, I’m going for lighter, shorter reads to replace the good but long and depressing books I’m currently reading,

I have an early John le Carré where he vivisects a public school, a new humorous series about aliens in Arkansas, and a return to Chet and Bernie, a dog and his PI, trying to solve the mystery of the elephant not in the room.

To paraphrase Frost rather horribly, ‘I have silly books to reap / and smiles to go before I sleep.’

I came rather late to John Le Carré’s writing. I had been put off by the BBC’s lugubrious rendering of George Smiley in ‘Smiley’s People’ in the 1980s, which seemed to me to have way too many shots of Alec Guinness staring into space and doing nothing much. So my reading of le Carré began with those novels where older, mostly retired, spies become entangled with the sins of their past: ‘A Legacy Of Spies’ and ‘A Delicate Truth’ and, most recently ‘Agent Running In The Field’, all of which I enjoyed as much for their perspective on British political life as for the precise prose and textured characters.

Up until now, though, I’ve left the apparently inappropriately named George Smiley alone.

Which was a mistake.

I was looking for something to read for my ‘Dark Academia square on Halloween Bingo, when I saw a recommendation for ‘A Murder Of Quality’ about a murder in Carne, a posh public school. Published in 1962, it was Le Carré’s second novel and, to my surprise, had George Smiley investigation a murder. I read the first three paragraphs and was hooked when I saw that, from the very beginning of his career, Le Carré had enjoyed using razor-sharp prose to slice open the underbelly of the establishment:

“The greatness of Carne School has been ascribed by common consent to Edward VI, whose educational zeal is ascribed by history to the Duke of Somerset. But Carne prefers the respectability of the monarch to the questionable politics of his adviser, drawing strength from the conviction that Great Schools, like Tudor Kings, were ordained in Heaven.

And indeed its greatness is little short of miraculous. Founded by obscure monks, endowed by a sickly boy king, and dragged from oblivion by a Victorian bully, Carne had straightened its collar, scrubbed its rustic hands and face and presented itself shining to the courts of the twentieth century. And in the twinkling of an eye, the Dorset bumpkin was London’s darling: Dick Whittington had arrived. Carne had parchments in Latin, seals in wax, and Lammas Land behind the Abbey. Carne had property, cloisters and woodworm, a whipping block and a line in the Domesday Book – then what more did it need to instruct the sons of the rich?

And they came; each Half they came (for terms are not elegant things), so that throughout a whole afternoon the trains would unload sad groups of black-coated boys on to the station platform. They came in great cars that shone with mournful purity. They came to bury poor King Edward, trundling handcarts over the cobbled streets or carrying tuck boxes like little coffins. Some wore gowns, and when they walked they looked like crows, or black angels come for the burying. Some followed singly like undertakers’ mutes, and you could hear the clip of their boots as they went. They were always in mourning at Carne; the small boys because they must stay and the big boys because they must leave, the masters because respectability was underpaid; and now, as the Lent Half (as the Easter term was called) drew to its end, the cloud of gloom was as firmly settled as ever over the grey towers of Carne.

I’m hoping to read this with a grin on my face as Le Carré uses George Smiley to vivisect Carne.

Fionna Roarke is an American romance writer with a gift for humour. When I looked her up, I was a little put off to find a lot of what I think of a ‘Dude, where’s my shirt?’ books – the ones that show torso shots of oil-slick, gym-muscled men with titles like ‘Bandit’ or ‘Bounty Hunter’. Fortunately, as well as those she writes witty, tongue-in-cheek, SF-humour-with-a-side-of-romance books about the town of Alienn Arkansas, which really is inhabited by aliens and where the Big Bang Truck Stop is also a galactic way station. How do they avoid being found out? Well they advertise as being all about aliens and so hide in plain sight.

My wife and I will listen to this together, hoping for a few smiles and maybe the odd laugh-out-loud moment.

I’m a sucker for books with dogs in them, especially when the book is told from the dog’s point of view, but it has to be done well and by someone who knows dogs.

Peter Abrahams, who writes as Spencer Quinn, is a dog guy who knows how to write. I’ve been a fan since I listened to ‘Dog On It’ the first Chet and Bernies mystery. Chet is always the hero of his own story although he and Bernie, the PI he lives with, work as a team to bring down the bad guys. Bernie does the talking and the thinking while Chet does the interesting things like the sniffing and the chasing and the grabbing hold with his teeth and not letting go until the bad guy is cuffed.

Sadly, I can no longer get audiobook versions of this series in the UK but I read the ebook version of ‘Thereby Hangs A Tail’ and it was a lot of fun, so I’ll read the rest of the series that way.

In ‘To Fetch A Thief’, the third Chet and Bernie book, they go undercover in a carnival to solve the mystery of the missing star attraction. Someone has made Peanut the elephant disappear. 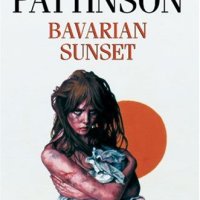 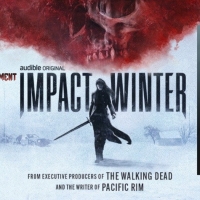