Now is the time for horror.

Summer is long gone. Not even its ghost lingers. The nights are longer than the days. This weekend we have what the French call the Heure d’hiver, the Hour of Winter, when the clocks go back and we welcome winter with an extra hour of night. Next weekend is Halloween, when winter starts to drag us towards the darkness of the Solstice.

Don’t fight it. Embrace the fear. Curl up somewhere warm and read one of these outstanding horror novels

“Burnt Offerings” is nineteen-seventies classic horror. It’s not in a hurry, It’s not looking for the quick spike of fear that comes from slash-and-splash action. It’s a slow burn read designed to build the kind of terror that comes from extended exposure to a threat you can’t name, that you may even blame yourself for and which you can’t escape.

Robert Marasco takes a relatively normal domestic “What if?”, adds an element of the supernatural and then unfolds events with dreadful implacability, leaving me feeling like I was watching flies struggling in the web of a spider that I hadn’t yet seen.

The “What if?” is: what if you had chance to have your dream house but the price was putting your marriage under strain and leaving you with no energy left over to do anything else? Would you pay the price? Would it be worth it? Could you NOT pay the price once you’ve started?

‘Burnt Offerings’ was made into a movie in 1976 starring Oliver Reed and Karen Black. Judging from the trailer, it wasn’t a particularly subtle adaptation. It seems to have gone for shock rather than a growing menace and dread.

SPOILER ALERT FOR THE TRAILER

‘Cold Moon Over Babylon’ is a story of violent supernatural revenge wrought on a small town in Florida after a young girl is murdered.

It’s written with great power by Michael McDowell. He allows time for the reader to feel the pain and grief caused by the bad things that happen rather than going for the splashy thrill of the arterial spurt. He makes the people real, which makes the evil done to and by them, real.

The juxtaposition of a detailed description of everyday small-town life with acts of human violence and supernatural revenge amplifies the emotional impact of the killings, making the violence more tragic and the vengeance well-deserved.

‘Cold Moon Over Babylon’ isn’t a trope twist. Published in 1980, it pre-dates most of the tropes. It isn’t a something you can sit back from, munching popcorn and cheering when the person dumb enough to go into the dark cellar alone after hearing a weird noise finally gets theirs. This is horror that doesn’t allow you the luxury of emotional distance, doesn’t follow a well-trodden path and doesn’t go away when you close the book.

Thirty-six years after it’s publication, ‘Cold Moon Over Babylon’ was made into a movie called ‘Cold Moon’ starring Josh Stewart, Candy Clarke and Frank Whaley. The movie only scores 4.5 on IMDB but I’ll be watching it for the first time this Halloween.

SPOILER ALERT FOR THE TRAILER

‘The Elementals’ is another horror masterpiece from Michael McDowell. This time he gives us a unique haunted house tale that is a prime example of Southern Gothic.

Here’s the Valancourt Books summary of the plot

‘After a bizarre and disturbing incident at the funeral of matriarch Marian Savage, the McCray and Savage families look forward to a restful and relaxing summer at Beldame, on Alabama’s Gulf Coast, where three Victorian houses loom over the shimmering beach. Two of the houses are habitable, while the third is slowly and mysteriously being buried beneath an enormous dune of blindingly white sand. But though long uninhabited, the third house is not empty. Inside, something deadly lies in wait. Something that has terrified Dauphin Savage and Luker McCray since they were boys and which still haunts their nightmares. Something horrific that may be responsible for several terrible and unexplained deaths years earlier — and is now ready to kill again . . .’

If you’re looking for a deeply atmospheric, well-written and perfectly narrated novel to fill you with an inexorable dread, “The Elementals” is the book for you.

“The Elementals” has a remarkably powerful, cliché-free start, that embeds your imagination in the South like a throwing knife splitting a rotting log. What better way to start than with a funeral that goes from dire and depressing to deeply disturbing in a few pages.

The haunted house in the story is being swallowed by sand. At times, it felt as if the action was taking place inside some huge humid egg-timer that would slowly but inexorably burry everyone.

The heat becomes almost a character in the story in its own right. India, Lurker McCray’s daughter who grew up in New York,discovers for the first time the heat and humidity induced languor of the South that bends time and alter perceptions. Luker explains to her that this hot humid coastal resort of Beldame is:

“…a low energy place. The kind of place where you can only get one or two things done in a day and one of those is getting out of bed.”

Not surprisingly, the horror in this book is of the slow but deeply disturbing kind. It seemed to me that the dread in this book had a pulse: slow and strong, like an ambush predator waiting on a branch.

‘Wylding Hall’, tells the story of a group of folk-rock musicians who spend the summer of 1972 in a remote Manor House in the wilds of Hampshire to put their second album together. By the end of the summer, the lead singer, a beautiful but shy young man who is fascinated by the “Magik” with a K, Alistair Crowley style, has disappeared without a trace.

The story is told in a series of modern day, rockumentary style interviews with members of the band, their manager, a psychic girlfriend, a music journalist and local boy who briefly played roadie/photographer.

This was a book that, even when I wrote my review of it, I underestimated. I described it as ‘slightly spooky rather than chilling’. In the two years since then, my opinion has changed. No, it’s not chilling. It’s not meant to be. But it’s more than spooky. It’s filled with finely honed ambiguities that act like semitones, creating cognitive and emotional dissonance that is at once disturbing and hard to analyse.

It’a s book that has stuck in my memory, perhaps because it is about memory: about how it is simultaneously the thing through which we define ourselves and the thing that we are most likely to edit. It’s also as much about the strange world of the seventies drug culture as it is about the supernatural

I recommend listening to the audiobook version, which uses a different narrator for each person being interviewed

I think ‘Survivor Song’ is one of the best horror novels to come out in 2020. It’s an intense character-driven story of two women struggling to survive as a deadly, fast-spreading virus washes across Massachusetts. Hospitals are overrun, there are shortages of PPE for front-line medical staff, disagreements between Federal and State authorities on what needs to be done, a struggle to impose a quarantine and small groups of self-appointed alt-right militia patrolling with guns.

It turns out that the virus is a form of fast-acting rabies, passed on by saliva. Within an hour of being bitten, people go rabid, lose their minds and start to bite others. Yep, you got it, a zombie plague.

But Paul Tremblay refuses to go down the route set out for us in all those zombie-apocalypse TV shows and video games. He keeps the focus human and real. He lets us continue to see the infected as victims, people who have been bitten and are losing themselves. He rejects the it’s.-the-end-of-the-world-so-let’s-abandon-civilization-and-kill-stuff knee-jerk reaction and frames the plague as something that will pass, something that can be survived, something where what we do and what we refuse to do to survive will define our futures.

As I neared the end of this book, with my emotions wrung-out, my mind buzzing with questions about what I’d do in these circumstances and with new real-to-me characters taking up residence in my memory, I tried to name what Paul Tremblay was doing to me, the kind of fear he’d been feeding me or letting feed on me.

It wasn’t horror, that hair-standing-on-end from a nameless fear feeling. It wasn’t terror, where the fear is like a pain so intense and overwhelming there is no room for anything else, not even the belief that it will pass. It was dread, the slow-burn cousin of the fear family. The one you see coming. The one that leaves you with your ability to think and act but slowly, inexorably extinguishes your hope.

What gives ‘Survivor Song’ extra bite for me is that it captures and amplifies the car-crash-in-slow-motion that has become daily life under COVID-19.

The ending of the book goes a little beyond the car-crash of the plague. In some ways, it can be read as hopeful but I found it mostly sad. The survivors have a future but it’s a future salvaged from the wreckage of another generation’s dreams. It’s a message that survival has a cost and survivors have scars but they make other people’s future possible.

One thought on “Five Horror Reads for Halloween” 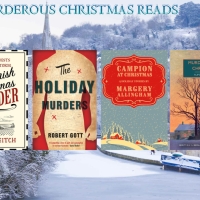