Normally, I avoid books and films about gangsters. I couldn’t watch ‘The Sopranos’ because I disliked the people so much and didn’t want to get close enough to them to share their mindset or see their way of life romanticised or even normalised.

In some ways, ‘The Khan’ is like ‘The Sopranos’. It’s an insider view of a crime family and it’s filled with violence, conflicts with other gangs and complex struggles within the family. Three things drew me to it.

Firstly, the tone of the writing is unsensational. It’s gritty and real without being melodramatic. It takes the Khan’s world for granted in the way we all take the peculiarities of our own families for granted. Saima Mir never drops into distant documentary mode but she does share the tale while keeping an emotional distance. The result is a story focused on real people that’s a little heavier on insight than empathy and which reserves judgement as it peels away the layers of intrigue, betrayal and revenge.

Secondly, this story is about first and second generation immigrants to the North of England. It shows the tension between a first-generation that left their homeland to make a better life, carving a place for themselves in a new country while trying to hold on to the culture and traditions of the old one and a second-generation, trying to find an identity for themselves in the land they were born and raised in while still honouring their family and their history. It gives a clear-eyed view of how racism, social exclusion and regional poverty push both generations to be inward-looking and self-reliant to the point where they have no expectation of safety or justice unless they can deliver it themselves.

Thirdly, the background of this gangster culture isn’t some faded memory of a long-left-behind Sicilian code of honour but a translation of a strong warrior culture to a new environment by those who lived the old ways from their birth. This crime family are Pushtuns, emigrants from Khyber Pakhtunkhwa, the Khyber Pass region of Pakistan. The model that the crime family works on: having a Khan who rules via a Jirga made up of family heads, loyal to him is a mutation on life as it was lived in Pakistan. Saima Mir shows how such a system can protect a community, creating a kind of safety through mutual support and administering its own justice. She doesn’t romanticise or defend it. She just presents it as the framework within which the first and second generation of immigrants are operating.

These three things would have been reason enough to read the book but what kept me turning the pages was the dark twisty plot and the ruthless woman at the heart of it, Jia Khan. She is the oldest daughter of the Khan and he has raised her to be fierce and competitive, urging her to:

Jia is the dark heart of this book. At the start of the story, we know Jia has made a life for herself in London as a sought-after barrister, living apart from her family and taking no part in its business. Yet, when we first meet her, when a driver comes to take her to her father’s house for the first time in many years, the driver finds her not at her Chambers or her posh apartment but at an illegal cage fight in a warehouse. The fighter she backed wins, she collects her winnings from a bookie who knows her well and fears her a little and then, before she lets the driver take her north, visits the mother of a man who works for her and gives her her winnings to help her look after her sick son.

At that point I thought I understood that Jia was a strong, unconventional woman, successfully straddling the gap between the world she was born to and the world she has forced her way to the top off.

I was wrong, of course. Jia is something quite different. Something ruthless, relentless and remorseless. Discovering her history, her personality and her plans are what carry the reader forward. Every twist of the plot gives a new surprise and reveals more of Jia’s nature and ambitions.

This was one of those books that I had to stay up late to finish. It was also a book that was about much more than its plot.

‘Samia Mir is a well-known journalist. ‘The Khan’ is her debut novel. In a recent interview ‘The Things We Do To Survive’, Saima Mir explains what her book is about, saying.:

“At the end of the day, the book is about family and loyalty and it’s about love and the things we have to do to survive when we are not on a level playing field.”

You can find the whole interview here: 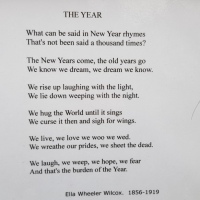