‘Messandrierre’ is a quiet little mystery with a strong sense of place and a slowly growing feeling of menace. This is not a brash, action-packed, melodrama. Like the countryside the story is set in, the mystery is best appreciated calmly and patiently.

Messandrierre is a small, fictional village in the sparsely populated hills of Lozére in Occitanie, not far from Mende. The local Gendarme, Jacques Forêt, is a former Investigator from the Paris police who moved to the village in search of q quieter life after a never fully explained trauma. He spends much of his time resolving disputes between farmers, ensuring cars are taxed and traffic is managed and, during the summer, dealing with the problems caused by the arrival of foreign tourists.

Jacques is determined to leave his Parisian life behind him but he can’t rid himself of the analytical mindset he developed there, so, when Missing Persons Reports start to come across his desk, he is the first to recognise the statistical anomaly that they represent and the only one keen to find out what happened to the people who disappeared.

Although much of the book is about Jacques relentlessly but slowly gathering the data that will explain the statistics and lead to a dramatic conclusion, most of the novel is spent bringing the little village to life and establishing Jacques’ character. We see the village through the eyes of two outsiders, Jacques with his policeman’s jaundiced view, and Beth a recently widowed Englishwoman who has inherited from her husband a second home in the village and with whom Jacques is in love. Using outsiders to view the village means that we get a vivid picture of the village and its people but we never really get inside the heads of the locals. This adds to both the mystery and the menace in the story.

I liked the realistically slow pace of the story and I found the place and the people easy to envisage and believe in.

The mystery itself is a little thin but quite plausible. I thought the ending was a little precipitate but it managed to bring the mystery to a close while opening the door for the next novel.

‘Messandrierre’ was a promising start to a series that now stands at five books. It’s not a series I feel an urge to binge read. It’s like a good glass of chardonnay, something to be sipped slowly when I’m in the mood for something light but full of flavour. 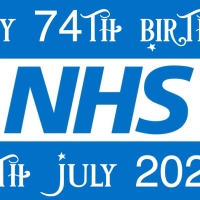