Riots are rolling across the megacity now covering West Yorkshire. As the police engage in street warfare against protestors,  Police Analyst Haz Edmundson is called to document a potential crime scene.

He discovers the body of an activist who has crashed through the roof of an abandoned warehouse. She is wearing a wingsuit used by extreme sport enthusiast to glide through the air. Her head has shattered by what may have been a mid-air impact.

The case is rapidly closed after being labelled an ‘accidental death’ but Haz believes there’s more to the case than the higher-ups are letting on.

Someone is working hard to bury a murder, and the more Haz investigates, the more dangerous the trail becomes.

This is a gritty, low-key thriller of the kind where the sense of threat and the feeling of helplessness close around you like the walls of a room slowly pressing in from all sides.

The main character isn’t the typical hero. He’s a single dad, who has bad dreams about his wife’s death, finds conflict difficult, prefers machines to people, is hopeless at dating. His main talent is his ability to see patterns in data. He loves to lose himself swimming through large quantities of data, finding the currents flowing through them and riding them until he finds the patterns relevant to whatever he’s investigating. He’s not a cop. He’s just a contractor the police use to crunch the data. So when he finds himself looking at a pattern that says ‘murder’ that everyone wants to label as ‘accident’, he should let it go and move on. Except he can’t. He keeps diving deeper and it keeps getting him into more and more trouble as he starts to find patterns that shout ‘conspiracy’ and ‘corruption’ and implicate some very powerful people.

The world-building in ‘Airedale’ is clever, credible and deeply depressing. It takes some of the things that I like least about the UK at the moment: our slow slide into authoritarianism, the removal of our privacy, the prevalence of cronyism and corruption and the ongoing war on the poor and gives them time and space to blossom into a future that is nightmarish mainly because it is so plausible.

I loved that this was set in Yorkshire. It adds to the nightmarish quality to think of the Dales turned into a megacity. There’s a long history of the police going to war with the people in Yorkshire. It’s seen many a riot and that makes it plausible that it will see many more.

The puzzle at the heart of the story is complicated and the technology needed to solve it is inventive but very much an extrapolation of what we already have rather than some unexplained leap forward.

Perhaps the most realistic thing about the book was how little power Haz Edmundson had, how and how few choices were open to him. This was never going to be one of those thrillers with an explosive ending where the hero triumphs through derring-do. What it offers is an as-good-as-it’s-going-to-get compromise. In some ways, this was anticlimactic but I felt it made the novel stronger.

‘Airedale’ is the first book in a series. I look forward to reading the next one.

Dylan Byford is an English writer, based in Yorkshire.

Airedale is the start of a series of near-future thrillers set in Yorkshire. 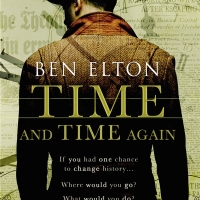