The outstanding thing about Branagh’s version of ‘Death On The Nile’ is the highly stylised look of the movie. To me, it seemed that this was a movie where design is more important than plot or script. It’s not that either the plot or the script is weak, it’s just that the design is dazzling and is the main method of telling the story. Each scene looks as if it had been fully realised on a storyboard before any filming was done. Apart from some establishing shots from drones and some strangely angled ‘Citizen Kane’ style cinematography, the movie is shot as if there is a proscenium arch and everyone on stage must have a line of sight to the audience. Christie’s characters have been turned into figures on a Tarot deck or in a game of Cluedo. Their movements and poses are carefully planned and choreographed and are as much a part of the design as the sets, the costumes and the lighting.

The promotional material for the movie gives an insight into this. Here’s the establishing material: the paddle steamer is given all the drama and majesty of an ocean liner but surrounded by a romanticised sun-soaked version of the Nile.

Then two posters with the entire cast, each one posed and positioned to suggest their prominence in the plot and the personality of their characters. Half the script is in these three images. Notice how prominent Poirot is. In Branagh’s version of the story, Poirot is a player, not just an observer, a man of action and influence not just an odd little foreigner with an egg-shaped head and a selective lack of fluency in English as Christie draws him. See how the women are more dominant than the men. Just by looking at the posters, you can see who the two most important women are and that Poirot is the only man who is their equal.

Then the are the portraits of the characters, each one setting out their role.

These visuals translate directly into the scenes in the film. There are lots of group shots where everyone is in view

One of my favourite scenes in the movie is when Jacqueline de Bellefort (there’s a name to conjure with) played by Emma Mackey introduces her fiancé, Simon Doyle, played by Armie Hammer to her wealthy friend, Linnet Ridgeway, played by Gal Gadot. The chemistry between the three of them is intense and central to the plot. It’s also far more sexually charged than anything I’ve read in Christie. I think this still captures a lot of what’s going on:

My wife pointed out to me that visual design of the movie, from the ambience through to the costumes and poses, seems to have been heavily influenced by the art of Jack Vettriano. Take a look at the examples below and judge for yourself.

I’m reading my way through the Christie books in their publication order at the moment. I haven’t read ‘Death On The Nile’ yet but I’ve met Poirot many times. It seems to me that Branagh’s version of Poirot speaks more to Branagh than Christie. His Poirot works, it’s just that his Poirot seems like Hercule Poirot’s handsome, action-oriented older brother. I don’t remember Poirot ever using a gun or doing anything physically brave or being overtly heterosexual (or even sexual) yet Branagh’s Poirot is a hero in World War I (yes, I know Christie’s Poirot was wounded in that war but Branagh goes well beyond that) has a much-mourned love of his life, flirts with one other female characters and handles a gun like he’s an action hero. I actually prefer Branagh’s Poirot to Christie’s but I wonder what she would have made of him. Take a look at our gun-weilding, charismatic Poirot

At 127 minutes, ‘Death On The Nile’ is a long movie, yet it never dragged. It was always beautiful to look at. Every cast member did a great job and the storytelling was engaging and well paced. I was thoroughly entertained,

2 thoughts on “‘Death On The Nile’ – 2022 movie version. Branagh delivers a stylish period mystery and reinvents Poirot along the way” 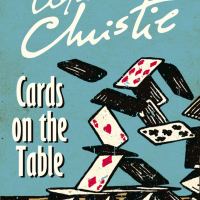