The story is set in the quaint English countryside, at the house party of Mark Ablett, where a murder quickly takes place. Milne lets his readers inside the head of his amateur detective, disregarding the clichéd romance or violence of other detective novels, as the mystery becomes a puzzling sort of parlor game for the novel’s characters and readers alike.

I picked up ‘The Red House Mystery’ because I was intrigued by the idea of the author of ‘Winnie The Pooh’ writing a country house locked room mystery in 1922. The introduction, written four years after the publication of the book, was amusing and witty and augered well for a fun read.

Unfortunately, the book turned out to be too much of a meringue for me: finely crafted on the outside but with nothing of substance to chew on. Neither the situation nor the characters feel real, nor are they meant to. This is less a crime novel and more a tongue-in-cheek thought experiment about how a locked room mystery ought to be solved if a chap was gifted with strong powers of observation, an excellent memory and good reasoning skills. The murder is important only in so far as one is needed in order for there to be a locked room mystery to solve. The bright and brittlely droll amateur detective is mostly a plot device and the authorial voice is knowing and lightheaded, continually inviting the reader to acknowledge the whole exercise is a mere bagatelle, designed to amuse rather than challenge.

It’s nicely done, in its way but, having reached the halfway mark, I find that I lack the motivation to go any further. The meringue, once bitten into, provides very little nourishment and the taste, however sweet, becomes monotonous.

I can see that this is meant as a light entertainment and is barely a step away from a Live Action Role Playing game but it has lost its appeal, partly through lack of traction and partly because I find the three-men-in-a-boat type of boy-men who are doing the investigating impossible to relate to except negatively. My lip instinctively curls at every bit of good chap banter.

So this goes back to the library with the mystery unsolved (at least by me) but I shan’t lose any sleep over that.

A. A. Milne is most prominently remembered as the author of the well-known Winnie-the-Pooh tales, written for his son, Christopher Robin. Milne was born in London and raised in his father’s private school, Henley House, after which he attended Westminster School and Trinity College, Cambridge, to study mathematics.

By 1925 he had published 18 plays and three novels, including The Red House Mystery (1922). This was Milne’s first and final venture into the detective and mystery genre despite its immediate success and an offer of 2,000 pounds for his next mystery novel 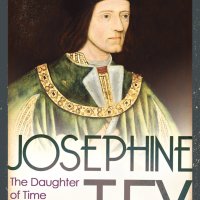 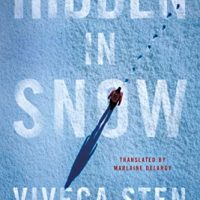