This year, I’m indulging in mood reading, selecting books from the huge pile of the ‘bought but untouched’ books I’ve accumulated. At the moment, I’m in the mood for variety so I’ve picked a Science Fiction book, a police procedural and a mainstream classic (if forty-three years old counts as a classic). The two genre authors are favourites of mine. The mainstream author is in the ‘I saw the movie thirty-odd years ago, I really should get around to reading the book’ camp.

‘Dust’ suffers from a wordy and rather poorly written publisher’s summary that makes it sound like a clichéd fairy tale when it’s actually a fairly original take on the long-term effects of machine-aided human evolution. It’s also now being sold under two titles. The audiobook is called ‘Dust’. The ebook is called ‘Pinion’. I have no idea why. Whatever the title, it’s the first book in the ‘Jacob’s Ladder’ trilogy.

‘Dust’ has been on my shelves for a while. I decided to come back to it because I enjoyed Elizabeth Bear’s ‘Karen Memory’ so much last year.

I’ve made a start on the book and I’m fascinated by the blend of high-tech ideas and quest-based storytelling, all delivered by a narrator I could happily listen to all day.

‘Gated Prey’ is the third book in the Eve Ronin series. I had a lot of fun with ‘Lost Hills’ and ‘Bone Canyon’ so I’ve been looking forward to finding the time to read the rest of the series.

‘Gated Prey’ gets off to a great start, It opens with a home invasion, a car-jacking, a car chase, a shooting at a shopping mall and three fatalities yet the odd thing is that, despite all the drama, it’s the quiet humour of the piece, contrasting with Eve Ronin’s unbending, serious attitude towards her job that has made the biggest impression on me.

I don’t know why, but I keep picturing Lauren German, from ‘Lucifer’ as Eve Ronin.

I saw the movie version of ‘Housekeeping’ back in the Eighties when the book was only a few years old and Marilynne Robinson had not yet become a Pulitzer Prize winner and enjoyed its chaotic but compassionate take on life. It’s taken me another twenty-five years to get around to the book but I think it was worth the wait. I think that I’m now old enough to see the characters a little more clearly.

Here’s the trailer for the movie that got me started down this road. I don’t remember the image quality being so fuzzy but then this was in Olden Times, before the World Wide Web was invented. 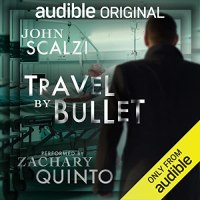