Paterson is a bus driver in the town of Paterson, New Jersey. Every day, he wakes up without his alarm, kisses his still-sleeping wife, takes the clothes he folded the night before into another room to dress, makes himself breakfast, walks to work, drives the same bus on the same route, takes his packed lunch to a local park, drives the rest of his shift, walks home, checks the mailbox, talks to his wife, takes her bulldog for a walk to a local bar, has one beer and comes home to sleep with his wife. 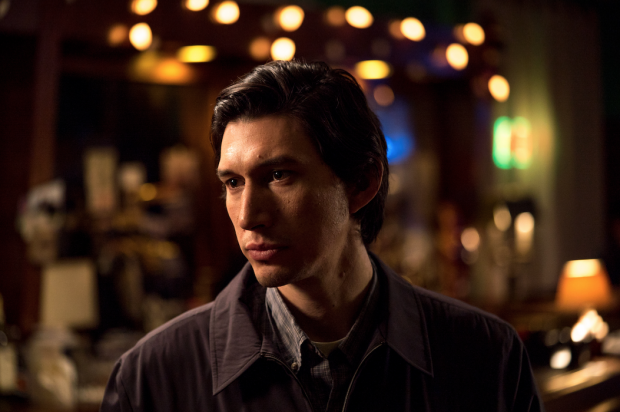 This is the routine of his life and we live it with him for a week. As we do, we learn that, while routine and necessity set the rhythm of his song, turning each day into a chorus, the bridge, the part that makes the song interesting, that lifts and surprises us, comes from his love for his wife and from the poems he writes in his notebook which captures and give significance to the beauty he finds in the small details of life.

“Paterson” reads more like a Japanese film than an American one. It has a mood, an underlying set of emotions, rather than a plot. It isn’t about the resolution of a conflict. It doesn’t have a strong narrative thrust. It is, instead, a lens for seeing the world and the people who live it. It is about small kindnesses and unspoken anxieties. It is about love and patience. Most of all it is about how it is our inner life and not our actions, that sustains us and lets us be who we are. 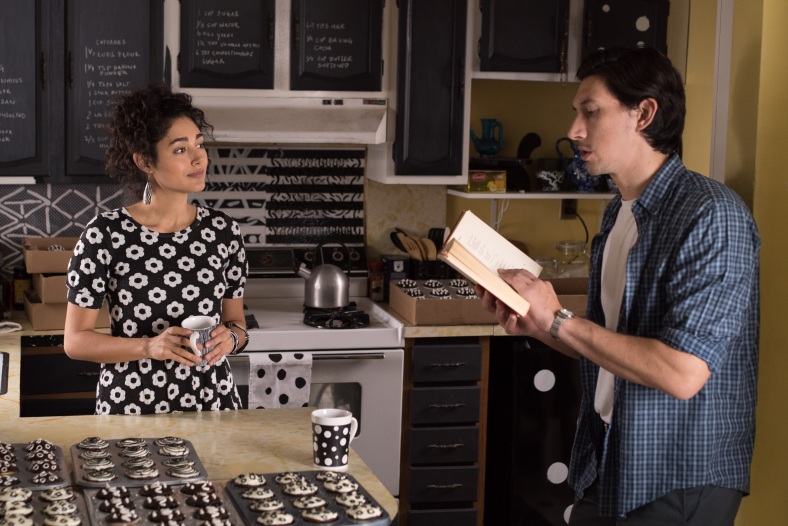 Paterson is a quiet, almost serene, man, who draws his pleasure from being in the moment as completely as he can. His wife is the opposite to him, constantly creating and dreaming of change. She is not restless or frustrated but rather endlessly optimistic about how exciting tomorrow will be. The love between them, the patience they show to each other and the joy they bring to one another is the literal heart of this movie.

At one point, Paterson writes,

“If you ever left me,

I’d tear my heart out

And never put it back”

Paterson and his wife have no children. This is never commented on but other people’s children are in many of the scenes and their absence in Paterson’s house is a silence that some of the extravagant attempts at change are perhaps meant to lessen.

I found this film so relaxing, that I struggled to stay awake at one point, not because I was bored but because  I felt so much at ease. Perhaps, safe would be a better word.

I will watch this film again. I’m sure it will be even better the second time. It brought me no adventure, no suspense, not even the tension and relief of a romance. Instead, if gifted to me the possibility of happiness in simplicity.