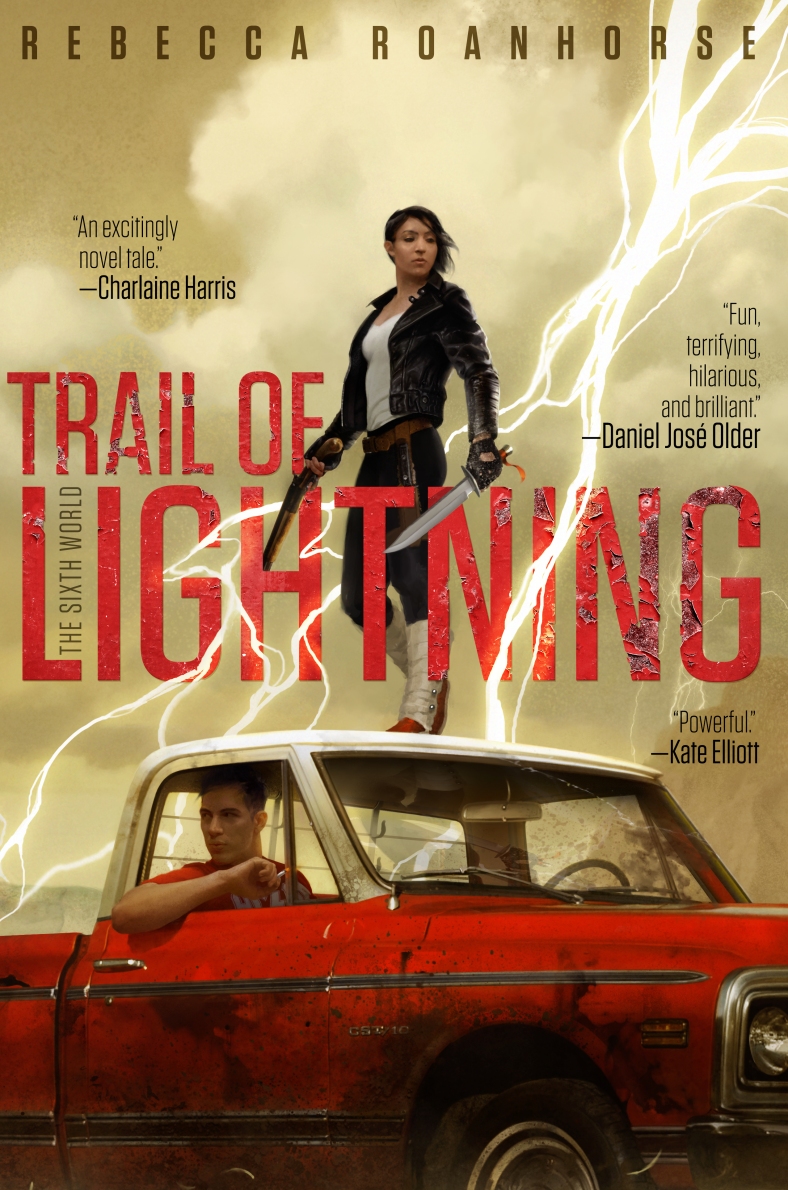 Rebecca Roanhorse’s Sixth World concept is a potent mix of post-apocalyptic devastation and Navajo-based Urban Fantasy with a monster-slaying female lead who sees herself not as a hero but as a monster in waiting, someone contaminated and abandoned who knows only how to kill and yet dreds becoming nothing more than a killer.

Patrica Briggs, Faith Hunter and C.E. Murphy have all given us Urban Fantasy that draws upon Native American myth (albeit Cherokee and Blackfoot rather than Navajo) but “Trail Of Lightning” is the first time I’ve seen Native American culture take centre stage rather than being an atavistic accident that makes the heroine a misfit in mainstream American society.

In the Sixth World, white America has been mostly destroyed by flooding, the Navajo Gods have returned and their lands have been protected from the chaos by four huge walls, raised by magic. For once, the Dineh are not the ones getting the crappy end of everything.

Yet life for our heroine, Maggie Hoskie, is far from easy: marked by childhood violence, apprenticed and abandoned by a god, “gifted” with skills that make her a Dinétah monster hunter, she is an outcast amongst her own people at the start of this tale.

Maggie is not the now-normal urban fantasy kick-ass heroine, with the smart mouth, the lethal-but-sexy weaponry and the dangerous-to-everyone-but-her love interest. She is slightly broken, very much alone and is only truly herself when she is hunting.

The plot in this first book is not particularly complex and there are times when it wanders a little randomly but the power of the novel comes from Rebecca Roanhorse’s vision of the Sixth World. She sets gods and monsters loose in the spectacular landscape of the Dinétah in a way that is at once startling and credible.

Maggie is intriguing, an essay in guilt, fear and anger. Partnering her with the smooth, wrap-around-shades wearing I’m-like-a-Medicine-Man-but-way-cooler Kai Arviso displays Maggie well and doesn’t take us in any of the normal Urban Fantasy directions.

I think this is a great start to what promises to be a fresh and exciting Urban Fantasy series. As soon as Rebecca Roanhorse publishes the next volume, I’ll be buying it.

This is Rebecca Roanhorse’s first novel but she won the Nebula in 2017 for her short story “Welcome To Your Authentic Indian Experience” which you can find here. 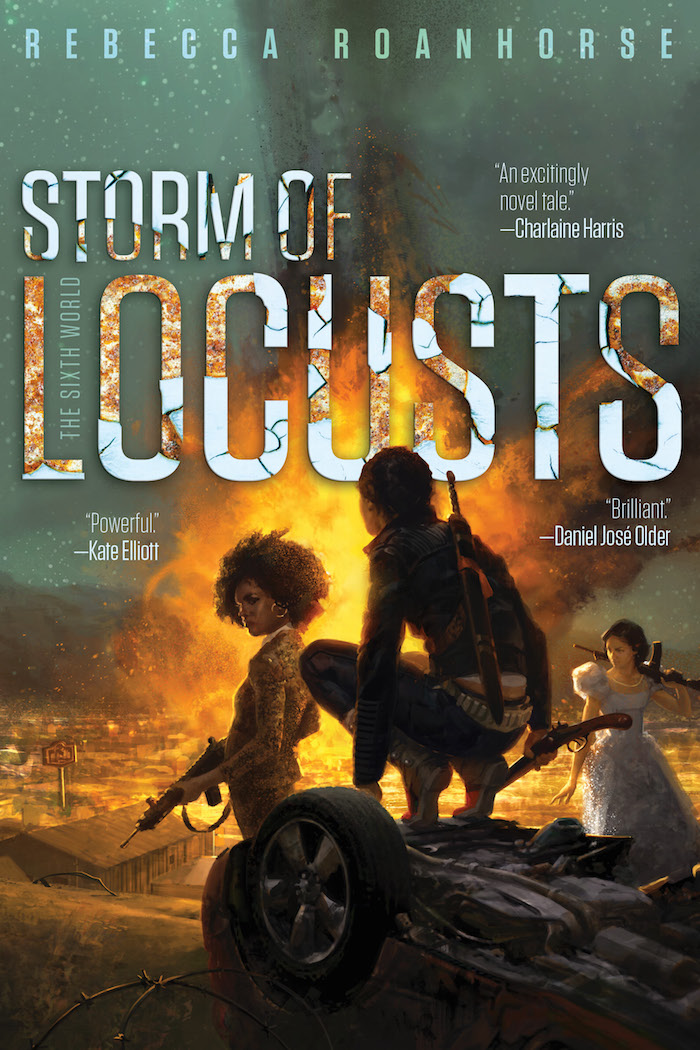