This week, I’m reading two speculative fiction books that were published in May 2022. They’re new so reviews are thin on the ground, but both of them have ‘that would be great if-it’s done well’ premises.

One is a debut novel about two strangers facing the end of the world as we know it after an alcohol-fuelled one-night stand. The other is the first book in a new series by a fantasy author whose books vary from the dark and dangerous to the cosy and comic but which often capture my imagination. This time she’s imagining an alternative Glasgow, run by Mages.

I’m reading them now because I promised myself that I’d try to read any books I bought this year before they had time to gather any virtual dust on my digital TBR shelves.

I’m hoping that they’ll both feel fresh and full of energy and that one of them will give me a new series to read.

It’s hard to come up with a fresh take on the end of the world as we know it. The fall of humanity is no longer an unlikely, hard to grasp but chilling if it came true possibility. It’s familiar and well-rehearsed. It feels like something that we’ve all accepted is going to happen, in the same way that we accept that we’re going to die – we just don’t know when or how.

Sixty-five years ago, when Nevil Shute wrote ‘On The Beach’, the most likely scenario seemed to be death by global nuclear war. Today, it’s more typically climate change or a global pandemic although there’ are a couple of generations now who are pretty familiar with how a zombie apocalypse or an alien invasion would work.

It seems to me that end-of-the-world books have moved from the ultimate nightmare to a kind of wish fulfilment. If it’s the end of the world then we have permission to stop. We can either give up with good grace or make a fresh start. We can stop being the person we’ve become through inertia or compliance or laziness or an overwhelming sense of powerlessness and choose how to respond to a fundamental, irreversible change that’s not our fault.

Personally, I don’t buy it. If the end of the world came tomorrow, most of us would try very hard to carry on being exactly who we have always been, to deny or minimise the change and wait for things to get back to normal. These are the people who fascinate me in end-of-the-world books. Not the powerful who continue to try and shape the future or the heroes who rush to find something to fight for or someone to save, but the ordinary people to whom the end of the world is yet another cross for them to bear as they get through the day.

I’m hoping that ‘Black Tide’ is going to be a book that focuses on people who were poorly equipped to face the problems in their lives before the world ended and who are going to struggle just as much with whatever craziness comes next.

Helen Harper is a prolific fantasy writer whose stories have an enormous range in terms of topic and tone and who somehow always comes up with something new. I fell in love with her writing when I read ‘Dire Straits‘ the first book in her dark and delightfully British Bo Blackman urban fantasy series, set in alternative Britain where vampires are part of the Establishment, witches are often vicious and lethal and demons bring a world of trouble. I saw a completely different side of her writing in ‘The Lazy Girl’s Guide To Magic‘ series which was a mix of humour, magic, light romance and the occasional requirement to prevent the end of the world. Most recently, I found myself binge-reading her five-book Firebrand series, about a detective in the Metropolitan Police’s Supernatural Crimes Squad who seems to lack the ability to stay dead.

And here she is again with yet another new series, this time set in a Mage-ruled alternative Glasgow with an orphan heroine of unknown provenance who starts as the underdog but is unlikely to stay there.

I’m hoping that I’ll once again be drawn into a world where magic is woven into the fabric of things but nothing is any easier as a consequence. 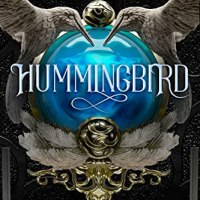